In manual micro dosage system, according to the prescriptions formed on PC, dosage amounts of each component are determined and shown on the monitor which is near the unit and which the operator is monitoring.
The operator takes the bunker with its weighing unit to the specific bunker, which has appeared on the screen and doses the material manually. When weighing process is over, he pushes the button and ensures that the value of the weighing is transferred to the computer.
If the weight is within the allowed limits, silo number of the following component in the prescription appears on the screen. If weight is not suitable, the system will tell that the weighing process is not correct. 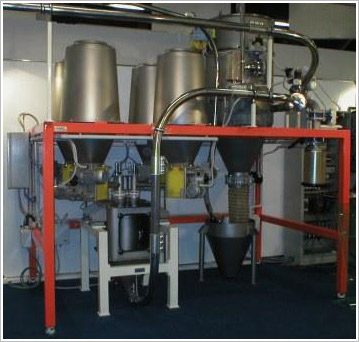